Previous work to check the mutual gaze between robots and humans focused on technical implementation. This new research proposes a general architecture that not only attempts to create gaze interaction from a technical point of view, but also seeks to achieve the fidelity and credibility of action through the lens of character animation. Researchers try to create an interaction to show the illusion of life.

Therefore, a complete system is described that perceives people in the environment, recognizes people of interest-based on salient actions, selects appropriate gaze behavior, and performs high-fidelity actions in response to stimuli. The team used mechanisms that mimic motion and attention behavior, which are similar to those observed in biological systems, including differences in attention habits, saccades, and actuator motion bandwidth. 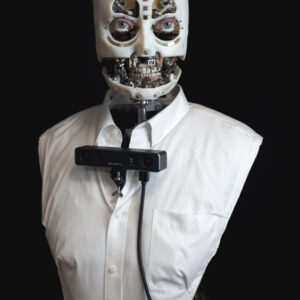 In addition, the inclusive architecture allows the layering of simple movements to create increasingly complex behaviors that can be interactive and realistic responses to significant stimuli in the environment by including lower-level behaviors. The result of the system is an interactive human-computer, capable of human-like gaze behavior.