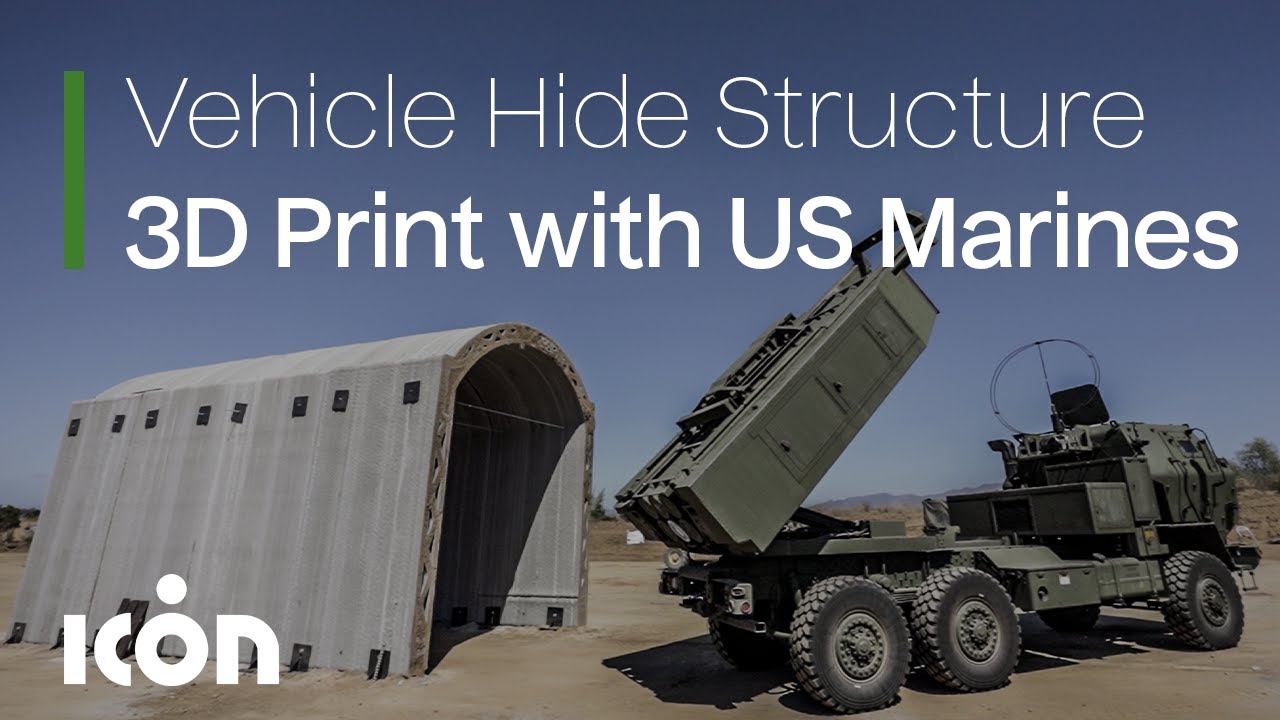 The Marine Corps recently tested a 3D printer that can complete the construction of an entire building in a few hours.
The shelter was built to accommodate the HIMARS multiple rocket system.

3D printing is expected to provide a stronger and more durable structure for the more mobile Marine Corps.
The US Marine Corps recently tested a 3D printer that can build entire buildings from quick-drying concrete. In just 36 hours, ICON’s Vulcan 3D printer completed the modification of a concrete structure that can accommodate the HIMARS vehicle-mounted multiple rocket launcher system.

The result is a durable structure that can be built almost anywhere the Marine Corps is deployed, and can shelter people, vehicles, and weather supplies. Please see the printer in action here:

Vulcan is a 3,800-pound beast designed to be sprayed with a proprietary Lavacrete layer, Lavacrete is a fast-curing polymer concrete that can be used immediately within 12 to 24 hours after printing. Lavacrete has a strength rating of 6,000 pounds per square inch (psi).

When requiring “high impact resistance, very low abrasion rates, or extreme conditions are expected”, use concrete with a psi rating of 5,000 or higher. In addition, 6,000 psi concrete can block radiation, making it usable in the construction of nuclear power plants.

The working principle of the Vulcan printer is to spray the layers of Lavacrete, which harden into the horizontal cross-section of the building. The engineer can then lift the cross-sections upright and assemble them into a complete building. The process is similar to making sausage sticks from individually made slices.

In the latest test at the Pendleton Marine Corps Base Camp in Southern California, the Marine Corps built a bunker for the M142 HIMARS multiple rocket system in just one and a half days. The Marine Corps printed four 26 x 13 x 15-foot arches and then assembled them together to create a building.

After the building was completed, the Marine Corps rolled the weapon system installed on the truck to the interior for inspection. The result is the establishment of a weatherproof shelter that can protect the Marine Corps and its equipment from various factors, including tropical weather, enemy fire, and even radiation.

The Vulcan controlled by the operator using a tablet computer can print 8.5 x 28 feet of structures at a speed of 5 to 7 inches per second. It can print structures up to 2,000 square feet and has been used to build complete houses in the United States and Mexico. Vulcan is fed by ICON’s Magma material handling system, which mixes Lavacrete ingredients together to make building materials that can be adjusted to temperature, height, and humidity.

Systems like Vulcan are located in the alleys of the new streamlined Marine Corps. The Marine Corps is undergoing a reorganization that takes China into consideration, reorganizing from the second army into an island-hopping force capable of fighting in the South China Sea. Once the Marines seize an island from the enemy, they will have to dig deeper to repel the enemy’s air, missile and ground counterattacks.

Refuges made of Lavacrete can protect Marine Corps troops from shells, rockets and missile barrage, which is not possible with wooden structures and war cans. It is conceivable that Vulcan can also be used to build fortifications, including aircraft shelters, bunkers, and revetments to store ordnance, supplies, and protective weapon systems.

The Marine Corps experiment is part of the construction-scale additive manufacturing work of the Defense Innovation Unit (DIU).

“DIU’s role is to accelerate commercial technology into the Department of Defense and with this demo, a technology that empowers military personnel to operate robotic systems to construct buildings and fortifications, as well as bridges, culverts, and anti-vehicle obstacles. After this successful demonstration, we will be working to scale this technology across the Department to the other Services,” said Jeremiah Diacogiannis, DIU program manager.